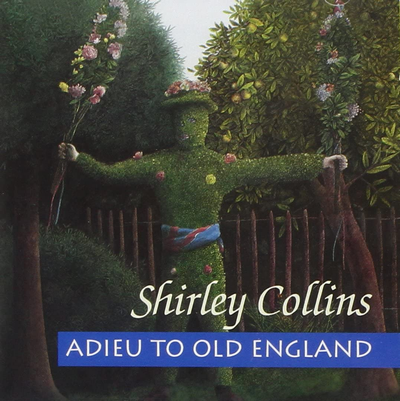 2. Down By The Seaside
Dolly Collins: flute organ

6. I Sing Of A Maiden That Is Makeless
Dolly Collins: flute organ

13. One Night As I Lay On My Bed
Dolly Collins: flute organ
Bob Stewart: plucked psaltery

Recorded by Derek Tompkins at beck Studios Wellinborough, and Nic Kinsey at Livingstone Studios, London
Track 15 was recorded at 'The Howff', London, on December 31, 1972
by Seamus Ewens and Geoff Eade
Produced by Ashley Hutchings

In Horkstow Grange there lived an old miser,
You all do know him as I've heard say.
It's him on his man that was named John Bowlin
They fell out one market day.

With a blackthorn stick old Steeleye struck him,
Oftens had threatened him before;
John Bowlin turned round all in a passion,
Knocked old Steeleye into the floor.

Old Steeleye Span he was felled with John Bowlin,
It happened to be on a market day.
Old Steeleye swore with all his vengeance,
He would swear his life away.

「Horkstow Grange
Collected in 1906 by Percy Grainger from George Gouldthorpe of Barrow -On-Humber. The words were said to have been written by a waggoner who worked at Horkstow Grange, one J S Span. known to his mates as "Old Steeleye", who suffered at the hands of a tyrannical farm foreman - John Bowling. As for his nick-name - well, the rest is history.....」

One Night As I Lay On My Bed

One night as I lay on my bed,
I dreamed about a pretty maid.
I was so distressed,
I could take no rest;
Love did torment me so.
So away to my true love I did go.

But when I came to my love's window,
I boldly called her by her name,
Saying, “It's for your sake
I'm come here so late
Through this bitter frost and snow.
So it's open the window, my love, do.”

“My mam and dad are both awake
And they are sure for to hear us speak.
There'll be no excuse
Then but sore abuse,
Many bitter words and blows.
So begone from my window, my love, do.”

“Your mam and dad are both asleep
And they are sure not to hear us speak,
For they're lying sound
On their bed of down,
And they draw they breath so low.
So open the window, my love, do.”

My lover rose and she opened the door,
Just like an angel standing before
With her eyes shine bright
And the stars gave light,
No diamond dream shone so.
So it's in with my true love I did go.

To the green bed I and my love did go.
What we did there
I'll not declare;
No mortal man shall know
Not so long as I this breath can draw.

But as my love was coming down the stair,
My father he chanced for to hear.
Saying, “Who is there
That makes such ado,
Who choose a-rattling so?”
And it's, “Hark, father, how the winds do blow.”